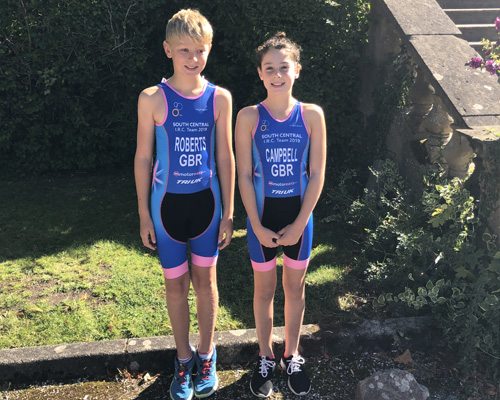 Mallory Park was also the venue for the final race in the Super Series where a few of our youth members Dan, Angus, and Mabel also competed.

After a successful season competing across the south central region both Thomas and Hannah were selected to be part of a 16 strong team. The South Central region is a strong competitive region and both did exceptionally well to be selected. It’s fantastic to have two athletes from Beachborough triathlon club racing at this level. Both athletes raced exceptionally well!

Overall the South Central Team was 4th on Saturday, and 4th in the Mixed Relay Event on Sunday out of 13 regions.

Dan put in an amazing performance and came home with an outstanding 9th place overall in the youth boy category! Angus had a great swim coming out the water in the top 10, but unfortunately was taken out on the bike course (not his fault) – luckily only the bike was broken! Mabel finished 52nd in the highly competitive youth girl category.

Well done all who represented our club, we are all very proud!