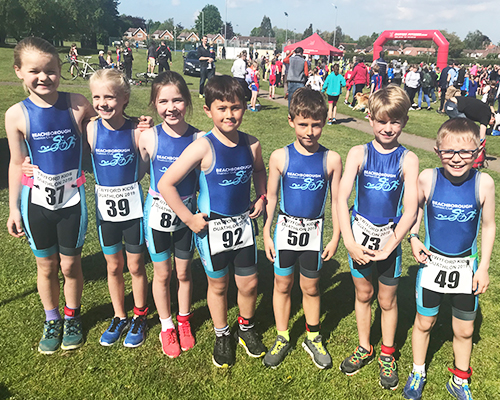 Team Beachborough, were out in force at the weekend. Competing at the Twyford Duathlon, which is part of the South Central series. This was the first series race of the season, and as a team, they were all looking amazing in their new Beachborough Tri Suits!

The course was exceptionally tough for all athletes with a particularly hilly cycle course and the sun was out strong.

We had a total of 13 competitors at Twyford on Sunday and they all did fantastically well, with our top finishers being;

What a great turnout for Beachborough Triathlon Club.

Well done also to Larissa who came 5th, in TS3 at the Chrystal Palace Triathlon. Also, a big shout out to Louis and Daniel who were both racing the 1st youth Super Series race of the season in Llanelli, Wales. Up against the best youths in the country, both members did an amazing job, with Daniel finishing in the top 30 out of over 100 entrants.

Well done to all that competed at the weekend.